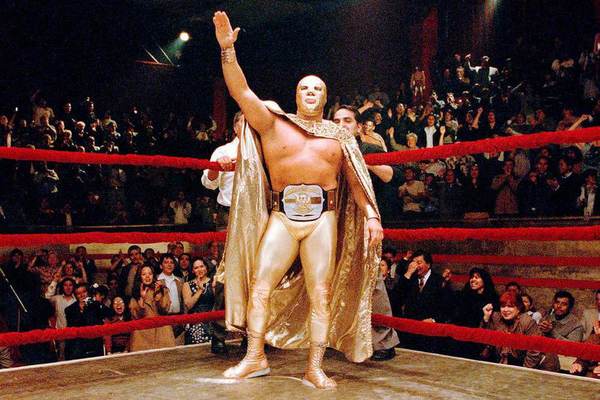 Honk Honk! The MOTHERSHIP has landed and it is time for another edition of the 6:05 Superpodcast!  The Great Brian Last is joined by popular co-host Scott Cornish for this packed show, featuring:

– Lucha Libre historian Fredo Esparza joins the show to discuss the life & career of Silver King!  We hear about Silver King breaking into Lucha as a part of a famous wrestling family, Los Cowboys with El Texano, being an EMLL star while AAA is on fire, his WCW run, Nacho Libre & more!

– Chad Austin is here this week to talk about his run in ECW!  We hear about the original plans for his 1994 push, Chad’s memories of other wrestlers from ECW’s early days, as well as the infamous New Jack incident!  Chad also talks about how he broke into the business, the influence of Eddie Gilbert on his in-ring style, the 1990’s Maryland independent scene, tape trading & more!

– Scott Teal is back with our annual State Of Crowbar Press segment!  We hear about all the books Scott has recently published, as well as what is on the docket for the rest of the year!  Scott also talks about his involvement with the Cauliflower Alley Club and this year’s CAC convention!

– Roman Gomez shares the crazy story of Marti Funk defacing his autographed Dory Funk Jr. card!  Roman goes through all the details of this now notorious incident!  We also hear about what it was like growing up as a fan in Las Vegas!