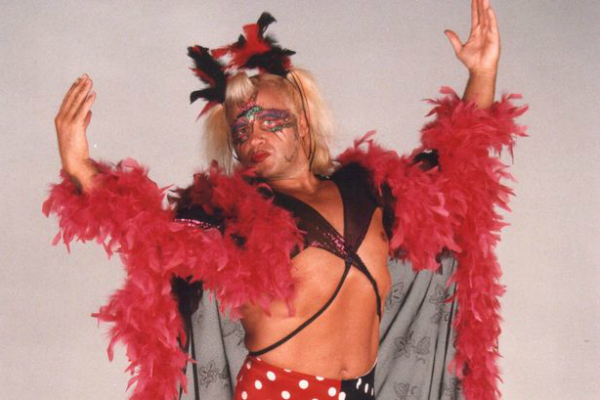 The Mothership has touched down once again and the 6:05 is here for another episode of classic wrestling conversation & excitement!  The Great Brian Last is joined this week by Travis Heckel, the Superpodcast’s art director, for a packed show, featuring:

– A conversation with Adrian Street, whose album “Shake Wrestle ’N’ Roll” was recently reissued by Burger Records to celebrate it’s 30th anniversary.  Adrian discusses the backstory on how he started making records and the impact he had on Glam Rock in England.  We also will hear about the origins of Adrian’s Exotic gimmick, his opinion of Bill Dundee & Dusty Rhodes as bookers, Adrian’s thoughts on Big Daddy’s impact on British wrestling and much more!

– Bobby Fulton talks about his memories of spending time with Dr. Jerry Graham and having the good doctor stay at his house when he was a teenager!

– The final installment of our classic 1971 audio of John Tolos as the top heel in Los Angeles!

Plus, Stuttering Tommy Rich, Impressionist Jim Ross, discussion of the movie Grunt, a message from The Hangman and much more!