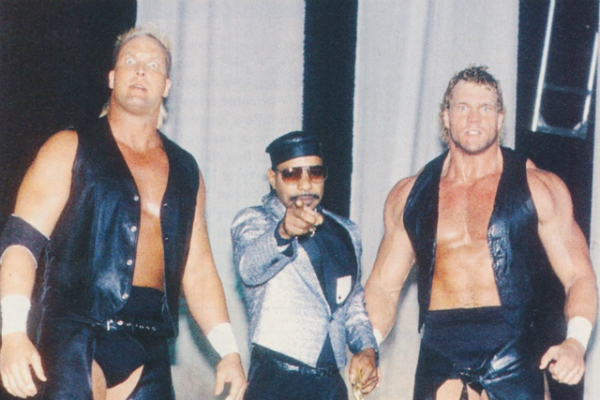 Discretionary listener participation is advised for the following Totally Awesome edition of the Superpodcast.  The Great Brian Last is joined again this week by Kurt Brown for a fun show hitting on tons of topics, including:

– A conversation with Bertrand Hebert, Montreal wrestling historian and co-writer of the new Pat Patterson autobiography Accepted: How The First Gay Superstar Changed WWE.  We talk about the process of working with Pat on this long awaited book and how Bertrand got the gig.  Pat’s longtime relationship with his friend Louie is discussed, as well as why Mad Dog Vachon was so important to them.  Bertrand explains why it was important for Pat to go on the record about various rumors, from his relationships with Sylvain Grenier & HHH to his 1992 resignation.  This extended Book Of The Week segment will give you a great idea of how this book was put together.

– Jim Cornette joins the show again to discuss two squash matches that listeners have been asking about recently, one featuring the Skyscrapers and the other featuring the Midnight Express.  Jim provides commentary for these matches, as well as insight about the Skyscrapers role in 1989 NWA and how enhancement talent would find their ways onto shows.

– This week’s Top Ten is the longest in show history, as TGBL & Kurt get lost in various topics including going to shows with Dave Meltzer, Misawa vs. Tsuruta, Brian punching out another fan, Eric Embry, The Hollywood Blondes babysitting Dr. Jerry Graham, Dave Meltzer hiding from Curt Hennig, the famed mid-day Terry Funk run-in show and much much more!

Plus, old newspaper articles, new sound drops, talk about the passing of Scott Williams and the importance of wrestling historians, a Hangman update and more!