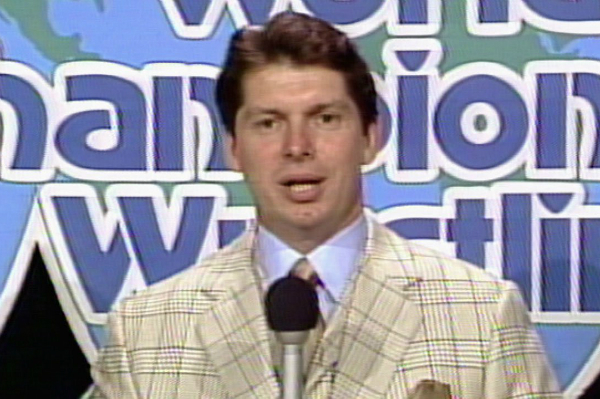 You never know when the MOTHERSHIP will land, and here it is!  The mighty 6:05 Superpodcast has returned!  The Great Brian Last is joined by Kurt Brown for this packed episode, featuring:

– Tim Hornbaker, author of Death Of The Territories, our Book Of The Week, joins the show to discuss the changing face of wrestling in the 1980’s.  We talk about a period of time where the NWA lost all it’s power and Vince McMahon swiftly consolidated the domestic wrestling business.  This fun discussion touches on Ole, Verne, Turner, syndication, St. Louis, cable & much more!

– Jerry Grey returns with more tales of his adventures in and around wrestling.  Jerry talks about his time working for New Japan, and why Rick Steiner was rough with wrestlers and fans.  Jerry reveals which wrestler successfully had marijuana sent to him in Japan! Plus we also hear another crazy Jake Roberts story!

– Dan Farren is back to discuss the legendary team of Black Gordman & Great Goliath.  Los Angeles fans have always raved about Gordman & Goliath, and Dan will explain why!

– William Harding, the Sugar Hold Champion, returns to the Superpodcast and gives us an update on his relationship with wrestling since his appearance on the 6:05.  The last time William was on the show, he talked about when he met Bob Roop for the Sugar Hold Challenge; this time, we will hear about what happened when William ran into Roop 37 years later!

– Bobby Fulton joins the show to discuss the late Nikolai Volkoff, sharing the story of the night he wrestled Nikolai and the ring didn’t show up!

Death Of The Territories by Tim Hornbaker