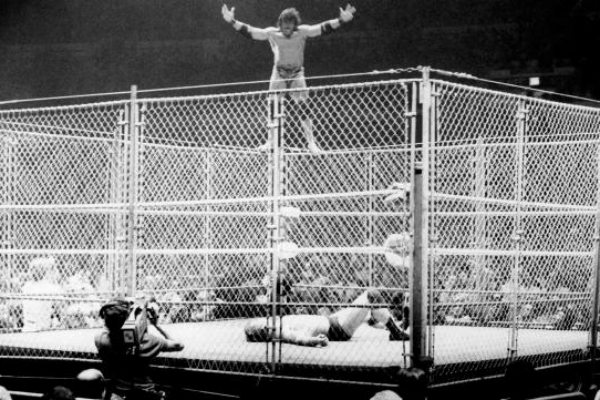 It’s time to hop on the 6:05 once again for another week of the Superpodcast!  The Great Brian Last is joined this week by John McAdam, and this completely savage episode of the Mothership features:

– A look at the career of Jimmy Snuka, trying to weigh his accomplishments while acknowledging his scandals.  We look at 1983, when his career reached new heights while at the same time his demons led him down a dark road which culminated in the death of his girlfriend Nancy Argentino.  We talk about the major angles he was a part of, his popularity with WWF fans, and attempt to understand how to look at his place in wrestling history.

– Part two of our discussion with Tom Hankins, author of “The Mat, The Mob & Music,” sees Tom talk about his friendship with the legendary Dr. Jerry Graham.  We hear what the Doc thought about Eddie Graham, the McMahons, and Andre The Giant.  Tom also talks about his bar room run-in with Pat Patterson and how that led to his appearance on the famed 1992 episode of Donahue covering the WWF sex scandals.

– TGBL & John discuss numerous topics throughout the show, including Misty Blue, The Von Erichs, the heel run of the Brisco Brothers, the 5 star rating system, the Varsity Club, Bruno Sammartino losing the belt to Ivan Koloff and much more!  Plus, Stuttering Tommy Rich, The Handsome Boogie Man & TRnac!