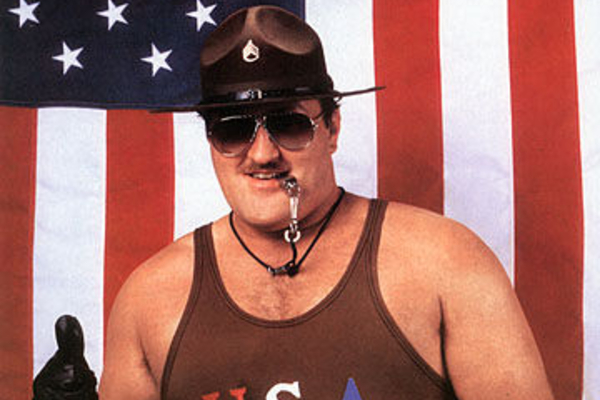 The Mothership has landed! It’s time for another edition of the 6:05 Superpodcast! The Great Brian Last is joined by popular co-host Kurt Brown for another packed episode, featuring:

– Jeff Oddo returns to the show with the story of Ringmasters: The Great American Bash! Find out how the Dusty Rhodes’ 1985 supercard found it’s way onto VHS! Jeff shares the story of how Crockett Promotions got involved with this project, as well as the meeting with Dusty where the Bash concept was spelled out! Jeff also talks about doing public relations for the NWA when they first came to Philadelphia, including taking Sgt. Slaughter on a publicity tour & more!

– Scott Teal is back this week with our conversation about Soulman: the Rocky Johnson biography. Find out how Scott got involved with this project and the process he undertook to put together this book! Hear why things fell apart between Scott & Rocky after Scott wrote the book, as well as who may have been behind some of the problems! Learn who really wrote Dwayne “The Rock” Johnson’s foreword to the book! Plus Scott talks about his future plans & more!

– Greg Oliver joins the show to discuss his involvement with the Soulman book project and why he ended up not writing the book! Greg lays out the chain of events which saw him take on the project, sign a contract to write the book, and then no longer be on the project!

– Al Getz returns to discuss his Charting The Territories project & site! Al goes into detail about the travels and research he has been doing, honing in on the McGuirk & Watts territories!  Al also talks about a new statistic he has developed and how it can be applied to wrestling research! We look at the Midnight Express and Magnum T.A. in 1984 as Al explains his SPOT & FEUD stats!

– We have some outtakes from the recordings of Kentucky Fried Rasslin, where the late Scott Bowden & TGBL struggle to get through the opening segments!

– Plus TGBL & Kurt look at Calgary wrestling rules & regulations and much more!